Our workshop at Churston is very fortunate in having a lot of old original railway tools acquired from Swindon Works and Newton Abbot Shed. Many tools were made by the Great Western Railway (GWR) and were specifically designed to enable fitters and engineers to carry out all sorts of maintenance and repair jobs on the locomotives. The majority of these tools are stamped GWR or latterly, after 1948, BR (W) which stood for British Railways (Western region).

However, we recently discovered a thread cutting tap in one of the drawers at the workshop and noticed that it was stamped B&ER. This stands for ‘Bristol and Exeter Railway’ which was built by Isambard Kingdom Brunel using his famous broad gauge track and which fully opened in 1844. The B&ER was eventually amalgamated within the GWR in 1876 - meaning that this tap is at least 146 years old!!! 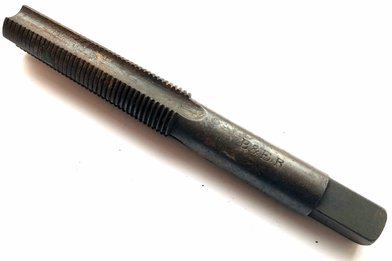 Back to News & updates